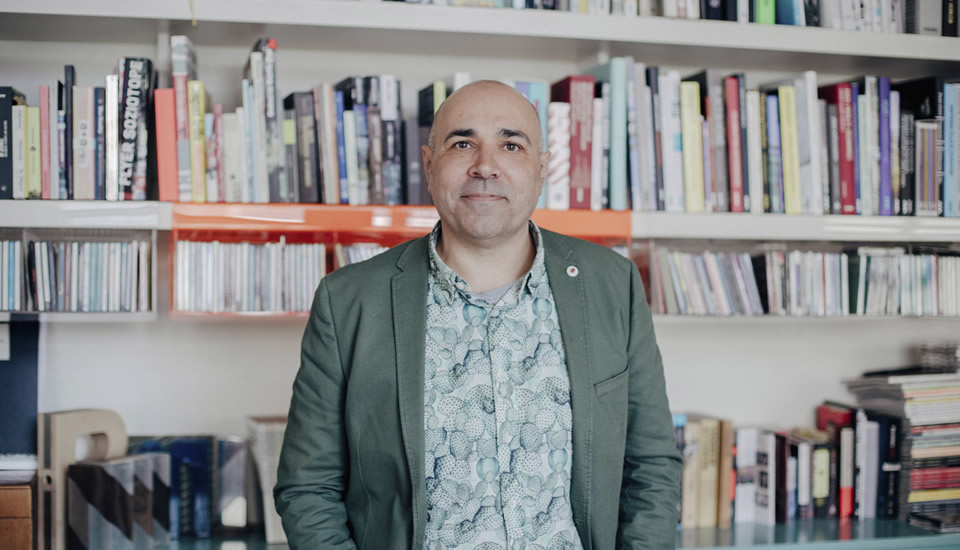 How do we define the concept of “expanded architecture”? Is it an objective yet to be achieved, or are there specific examples of this new focus in planning, projecting and constructing?

What is the order of priority of the five logical concepts (spatial, functional, professional, social and cultural) that govern the approach of the Talks to be held at BBConstrumat on the future?

Future visions are always uncertain and involve a lack of action. Instead, the logical concepts that we address in the congress will be exemplified with specific practices that have already been being applied for over a decade, as I have mentioned. I do think about the future, yes, but the imminent future, the one that requires immediate action. In what is already being done and what must be considered for tomorrow. In terms of priority, as I said, all are equally important and, in addition, all expanded architecture must confront them with a similar intensity. In other words, if we understand logic to be a system of procedures and methods, expanded architecture innovates and changes both space and programmes and the profession itself, its social commitment and, last but not least, based on cultural construction, as architecture is a mere technical and practical discipline, and the world views that it creates are equally relevant. At the congress we will discuss this Logic in innovation and changes in detail.

Working between New York and Barcelona, what are the main differences that you have found in the debate on architecture and urban planning?

I think that in this era of communication, of global exchange, there aren’t too many differences in terms of continents or countries. The challenges, as I have said, are global and affect all of us, although the answers are local. We are all increasingly connected and we know what is happening in each part of the world, and architects are working beyond their immediate surroundings. That said, if I had to mention a difference, for example, in the Unites States the theoretical discourses are expressed much better and the practices are more corporate. While in Europe, for example, more importance is given to the specific resolution of problems on much more traditional scales and with greater implication on the social and ecological effect.

You work with both paper and the internet, the printed page and the digital, how do you value the two channels when it comes to conveying knowledge about architecture?

Each channel has an intensity in the production of content and a journey in time in terms of the consolidation of its messages. In other words, paper remains for longer, and its value is not just in the content but also in the final form of the book. The printed page contains an added value that adds to that of the content. On the other hand, digital content is consumed more quickly, and its permanence in time is questionable or at least, more difficult to trace and therefore, to preserve. That is why both channels complement each other. For this reason, the combination between the digital platform urbanNext and the editorial Actar complement each other perfectly when creating, promoting and distributing content.

If you had to choose between a good book or listening to a keynote speech, which would you prefer?

They are two very different activities. Reading a book involves concentration, effort as a reader to be able to understand and critically follow the discourse. While keynote speeches, as well as audiovisual content, their reception is more passive and affective, not as critical or analytical as reading. Having said that, either of the two activities can be enjoyable if the message and the way it is conveyed is interesting in its form and content. One does not detract from the other. That said, if I had to choose, I prefer to dedicate time to reading. It leaves a stronger mark on the mind, on your memory.

Can you tell us some of the subjects or presentations that we will find at the Talks congress from 14 to 17 May at BBConstrumat?

Each day is organised around one of the global challenges, and will be explained through a talk by an expert on the issue. Then some of the architects who are working and operating will explain their practices as a response to these challenges, grouped together by logical concepts we have already mentioned. And subsequently a debate with other guests will take place. It will therefore be a very dynamic and dialogue-based congress. As a preview, the main speakers will include Mario Carpo and Neil Leach, for example, to explain to us the consequences of the digital revolution and possible technological disruptions. As regards the architects, a distinctive feature is that all of them have twenty years or less in the profession, and so will exemplify what I am trying to coin as expanded architecture. To name a few: Sandra Bestraten, Roger Tudó (H Arquitectes), Charlotte Malterre-­‐Barthes (Omnibus), Lluís Ortega (JL Office), Alejandro Haiek (Lab-­‐Pro-­‐Fab), Areti Markopoulou (IaaC), Mar Santamaria (300.000km/s), María Langarita and Víctor Navarro, Lola Sheppard (Lateral Office), Gilles Delalex (Muoto), Eva Franch (Architectural Association), Felipe de Ferrari (Plan Común / On Architecture), among others.