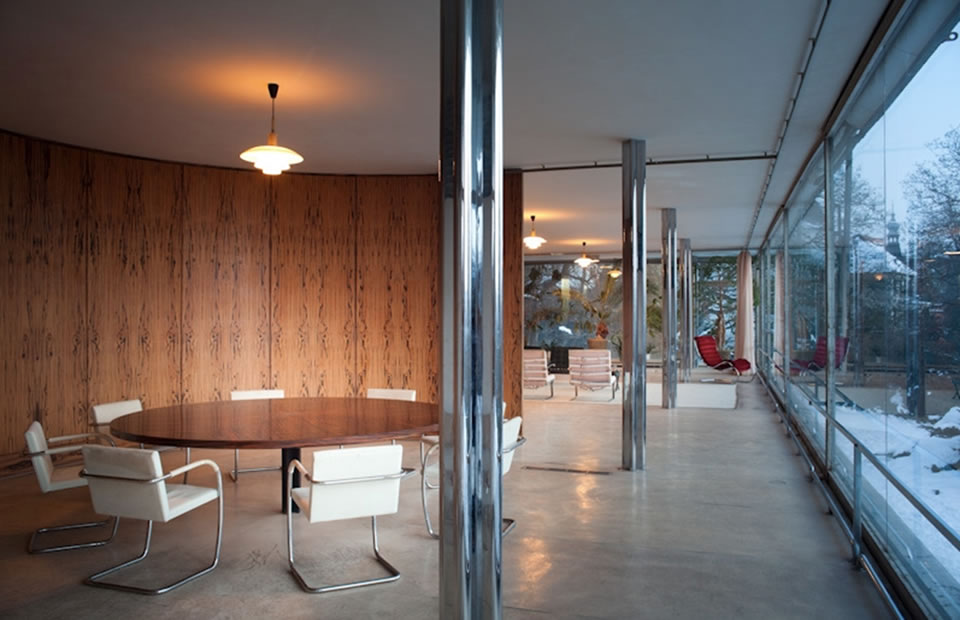 The hundredth anniversary of the Bauhaus, the school of architecture, crafts and art founded in 1919 by Walter Gropius in Weimar (Germany), is being celebrated this year with a host of exhibitions, debates, commemorations and events taking place throughout the world.

Taking inspiration from the centennial anniversary, this year, the third edition Barcelona Architecture Week will be dedicated to the legacy of various early 20th-century architectural movements, first and foremost, the Catalan movement known as GATCPAC (Grup d’Arquitectes i Tècnics Catalans per al Progrés de l’Arquitectura Contemporània – Group of Catalan Architects and Technicians for the Progress of Contemporary Architecture).

In Barcelona, the Bauhaus was presented in grand style in 1929 during the Universal Exhibition, when the architect Ludwig Mies van der Rohe, in conjunction Lilly Reich, designed not only the German Pavilion but also other buildings and pavilions, as explained by architect and historian Laura Martínez de Guereñu, author of one of the chapters of the joint publication Mies van der Rohe, Barcelona 1929.

In 1932, Mies invited Lilly Reich to give classes at the Bauhaus in the German city of Dessau, where she led an interior and fabric design workshop, the same course she would give in the Bauhaus School’s third phase in Berlin, where it would permanently close its doors in 1933.

The application of technology in home design and construction was another key point of the movement’s manifesto, along with the desire to create a new way of teaching architects, artists and designers by encouraging the creation of workshops and the return to manual activities, with the aim of breaking down barriers between artists and artisans, to return an apprenticeship through manual work.

Among the values that stand out in the movement which Gropius began, perhaps one of the most remarkable, was its criticism of the separation of skills, as the Bauhaus manifesto proclaims in its conclusion: “So let us therefore create a new guild of craftsmen, free of the divisive class pretensions that endeavoured to raise a prideful barrier between craftsmen and artists! Let us strive for, conceive and create the new structure of the future that will unite every discipline, architecture and sculpture and painting, and which will one day rise heavenwards from the million hands of craftsmen as a clear symbol of a new belief to come” (https://bauhausmanifesto.com/).

In taking some of the iconic housing blocks of the disciples of the Bauhaus and other great architects of the early 20th century, one notes the inextricable relation between architecture and interior design, which included the construction of custom furniture which, precisely at that time, became possible to start mass producing.

The chairs are among their most iconic pieces, which in many cases are still being manufactured today.

Villa Tugendhat in Brno (Czech Republic), a masterpiece from the German architect Ludwig Mies van der Rohe in conjunction with the interior designer Lilly Reich, was built between 1929 and 1930.

Declared a World Heritage Site by UNESCO, it is “a remarkable example of the international style found in modern architecture as it was developed in Europe at the beginning of the 1920s”.

Mies and Reich, who had been collaborating with one another since 1926, designed the furnishings down to the tiniest detail; from lamps and furniture to revolutionary aeration and heating systems, and even a precursor to the home cinema. The Brno chair (model number MR50), which forms part of the MoMA collection, was designed for the bedroom of the house. Its C-shaped frame is made of a single piece of steel, with a leather upholstered seat. There are two versions of this chair, which seem to defy the elasticity of steel, one made of tubular steel and other in flat steel.

Villa Church, designed by the Swiss architect Le Corbusier, , the master of the Rationalist Architecture, was built between 1927 and 1929, and demolished in 1963.

It was a restoration of an old property of the Church family in the French town of Ville-d’Avray. It was a Classical-style villa that Le Corbusier restored, adding a dependance. The layout of the house included garages on the lower level, plus servants’ quarters and an entrance vestibule, while the bedrooms, dining room, living room with a mezzanine floor and library where on the top floor with direct access to the rooftop garden.

Le Corbusier, along with Pierre Jeanneret and Charlotte Perriand, built some of the furniture expressly for the Church family, which was later exhibited at the Salon d’Automne in Paris in 1929.

Among some of the pieces designed expressly for the Villa Church is a version of the LC1 or Sling Chair, with a chrome steel structure and sling.

Light and compact, the chair is available today in a variety of finishes, and also as outdoor furniture.

Eileen Gray was one of the first women to be internationally recognised in industrial design and worked as an architect and an interior and furniture designer.

The Irish-born architect and designer is attributed to having incorporated luxury lacquer work in the International Style.

Between 1926 and 1929, Gray designed one of her most famous houses in Roquebrune-Cap-Martin, in the south of France near Monaco, perched atop a cliff overlooking the sea. The “E-1027 House”, which she designed and built as a summer residence to share with her partner Jean Badovici, owes its name to a game, a numeric code that resulted from the combination of their initials according to their order in the alphabet; “E” for Eileen, “10” for the “J” in Jean, “2” for the “B” in Badovici and “7” for the “G” in Gray.

The house was built over the years and stands as a confirmation of the modern movement, using many of the fundamental principles defined by Le Corbusier in 1927. Extremely functional, without leaving any detail to chance, Gray designed every last component of the house, giving furniture an importance in the tone of the house which had never been done before. Le Corbusier, a friend of Badovici’s, particularly liked the house and often tried to convince Gray to let him draw his murals there, but she consistently turned down his offer. This refusal, however, led the architect, one summer and without the consent of its owners, to create eight murals in the villa itself.

PFor the “E-1027” House, Eileen Gray designed the Bibendum chair (1926) in polished chrome tubular steel. The seat, back and arm rests are upholstered in fabric or leather in various colours. The design was influenced by ‘Bibendum’, the famous doll and brand image of Michelin tyres, and was also her feminist response to Le Corbusier’s “Cushion Basket” series.

Architecture, interior design and the design of custom furniture in the early 20th century would define an era which would forever change the way in which spaces were planned.

BBConstrumat 2019, in its “Interior lovers” programme of conferences and workshops, aims to shine the spotlight on current interior design trends that converge the uses of various types of areas, such as Retail, Contract, Living spaces and Office work spaces, thus breaking down their spatial and conceptual barriers. This way of understanding places represents a challenge for designers, who must respond to a constantly changing world, one which will be discussed on the 15 and 16 May in the Meetings Arena at the Show.