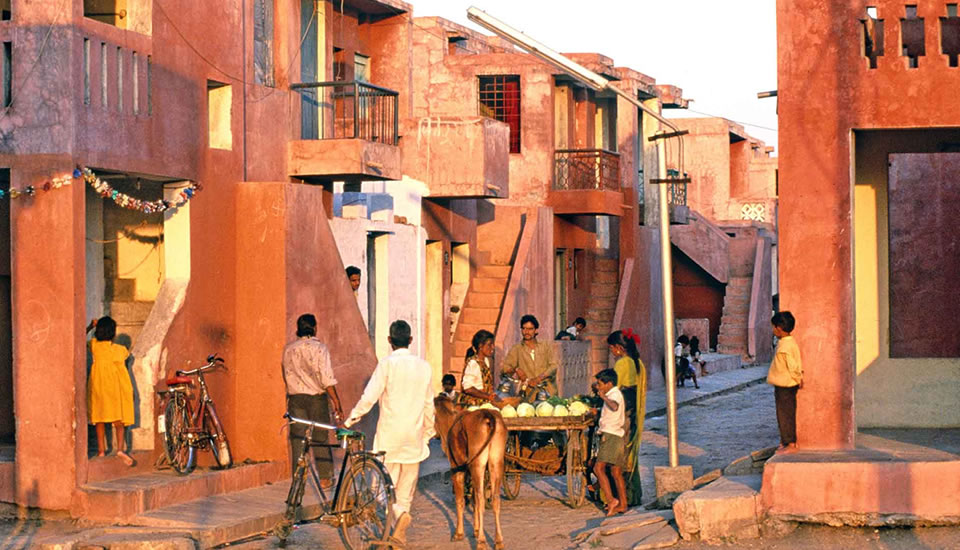 Nowadays, we’re often used to associating architecture with attractive forms that are literally “out of place”, incapable of blending in with the local and cultural context of their surroundings. Nevertheless, it seems that in recent years there has been a change in mindset. This year, Balkrishna Doshi has been selected to receive architecture’s most important award, the Pritzker Prize. Once again, the prize has chosen to promote architecture that is meant to serve society and that is deeply rooted in tradition. In the words of the 2018 jury, “[…] Balkrishna Doshi has always created serious architecture that’s never showy or tied to trends. He has a profound sense of responsibility, and a desire to serve his country and its people through authentic, high-quality architecture. […] His solutions take into account the social, environmental and economic dimension, and as a result his architecture is totally committed to sustainability.”[1]

Just two years ago, in 2016, the same award was given to a well-known architect with a very similar career, Alejandro Aravena. This Chilean architect is noted for his deep understanding of architecture and society. He serves as an example for the younger generations of architects, who seek solutions to help change a profession that seems to have forgotten its primary objective: people.

Doshi and Aravena have a great deal in common; in fact, they have both taken on the same challenge: providing underprivileged classes with dignified, adequate housing. Within their respective countries, both have promoted experimental housing developments that attempt to overcome the conventional modern suburb to introduce a new kind of space based on tradition. We’re referring to a housing project in the Aranya neighbourhood, near Indore (India), 1983, as well as another in La Quinta Monroy, Iquique (Chile), 2002-2004.

This is a group of 80 houses that Indian architect Balkrishna Doshi designed in 1983 in the residential neighbourhood of Aranya, in the city of Indore. These units make up a cluster, a ramified structure of residential units, distributed according to a hierarchical order that reflects and supports the social structure. In this project, it’s worth noting the variety of small public spaces that favour social interaction and quality of life: arches, steps or stoops in front of doors, exterior stairways, balconies, accessible terraces or shaded patios. The general concept is inspired by the way the local population lives and works. 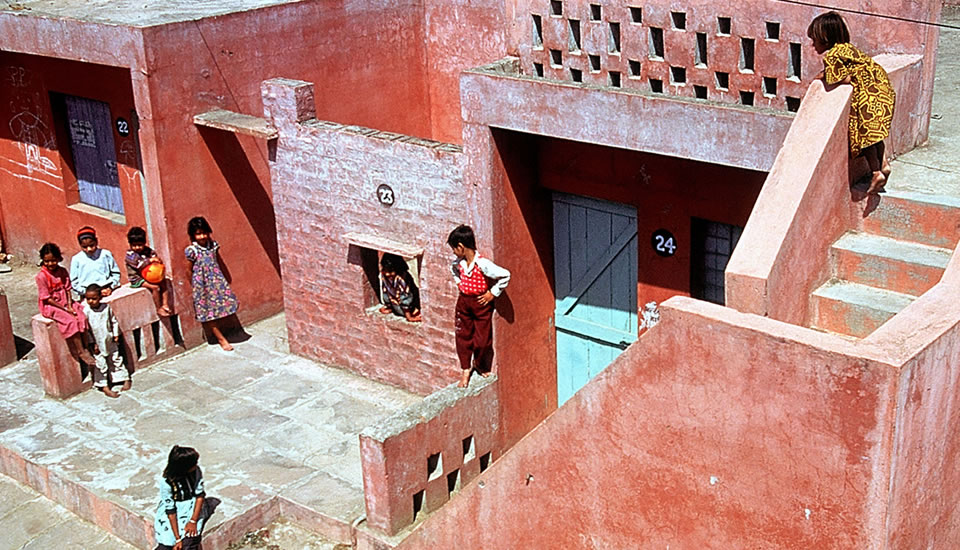 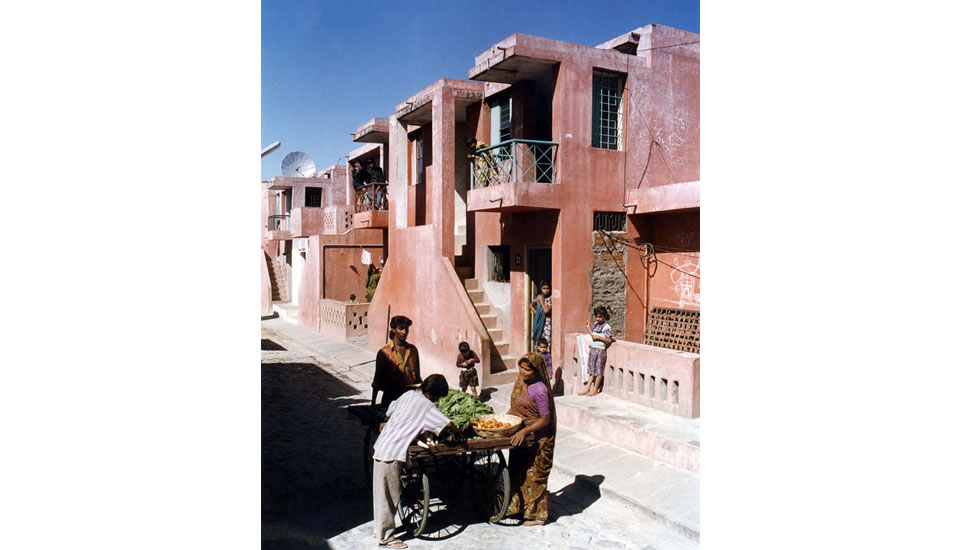 The row houses in Quinta Monroy were created as a pilot project that aims to change the way social housing is made, using local incremental houses as an inspiration. This is a group of 93 housing units built to house 100 families that had illegally occupied an area in the centre of the city of Iquique, in the Chilean desert, for 30 years. The project was developed as part of a low-budget housing policy that only allowed for the construction of very small houses. As a result, Aravena considered buildings that could easily be expanded by the inhabitants themselves: “Since the funds were just enough for 40 square metres, we thought that instead of a small house, we could see this as half of a good-sized house.” When we reconsider the issue by seeing 40 square metres as half of a good-sized house, the key question is: which half do we make? We decided the most efficient thing would be to make the half a house that a family could never obtain on their own.”[2] The architects focused on building 36 m² houses that could be expanded to up to 70 m², and filled them with basic necessities: bathrooms, kitchens and stairs. By doing so, they established a series of basic rules to frame growth and not control it, in order to avoid urban deterioration and make it easier for each family to expand their home.

Intervening in these peripheral areas is always difficult. There’s a need to build something new that isn’t marginal, but urban; something well-connected to the existing city but, above all, something that is appreciated by its inhabitants. It’s easy to see that in both projects, tradition is a big help in bringing architecture closer to people. This doesn’t just mean choosing local materials and construction techniques; it’s about using purely spontaneous spaces as a model, so that the new neighbourhood has the same vitality, spontaneity and humanity. These projects combine many contributions from popular architecture: the chaupal or workshop of Indian homes, or incremental owner-built homes in Chile.

The fact that the inhabitants have transformed these places over time and made them their own is a sign that the architecture has been capable of reaching people, interpreting the situation and the context of the local community. Along the same lines, there is another project that is emblematic of a change in mindset when it comes to taking on marginal situations: housing in La Quinta da Malagueira, Évora, 1973–1977. This is a residential community inspired by spontaneous, owner-built architecture, a dignified alternative to conventional cities. It’s worth noting that the author is another winner of the Pritzker Prize (1992), Álvaro Siza, an architect who has always supported the idea that innovation must inevitably pass through tradition.

[1] Quote from the jury of the 2018 Pritzker Prize in architecture.