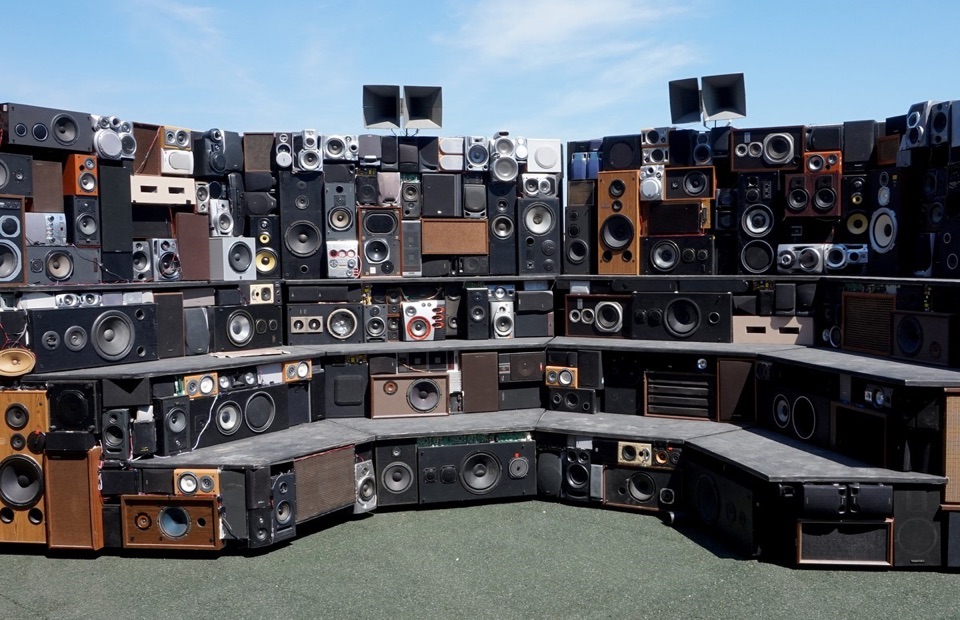 The Media Architecture Institute (MAI), an international non-profit organisation designed to complement the work of established universities and research institutions with a flexible but very focused research activity linking industry, education and academia together, has defined, since being founded in 2009, via several books, articles and presentations what media facades are. MAI recognise that there are three different terms that appear quite often and are closely related to each other: Urban Screens, Media Facades, and Media Architecture. When introducing all three one should firstly remind oneself what they are prior to presenting contemporary examples. Consequently, MAI has outlined and developed the following descriptions (Haeusler, Tscherteu 2012c, pp. 99).

“Urban Screens can be conceived as large-scale screens that are attached to building facades without worrying too much about the integration of both parts. The screen and the building behind it remain two separated layers in the technical sense as well as in terms of communication. Each layer communicates for itself and the Urban Screen is more dominant because of its brightness and the moving images on it. In some cases, a building is not needed at all. The Urban Screen becomes an independent architectonic element – with a single purpose: to communicate. Urban Screens are a common feature on buildings in our cities, but they are not part of a façade. Which brings the discussion to media facades.

The last 25+ years have shown a considerable effort made by architects, media designers and technology experts to bring both layers – communication technology and buildings – closer together if not integrating them into a new hybrid structure commonly referred to as a Media Facade. Media Facades are facades with different technical components as integrated light sources or kinetic elements combined with a network infrastructure for distributing power and data allowing communication with their environment.”

“By making a simplified distinction between Media Facades based on mechanical or electronic components, these two principles can be used for the classification of media facades.”

“These three terms are: media, facade and architecture. The term media can be briefly described as a truncation of the term media of communication, referring to those organised means of dissemination of fact, opinion, entertainment, and other information. For this context media is defined as communication in the visual form of a dynamic text, graphic or image. Facade, the second term, is generally one side of the exterior of a building. The inclusion of media would transform these building facades into a communicative element. Since a wider definition of architecture often includes the design of the total built environment, the effects on urban space of media facades could therefore be described as media architecture. Thus, while media facade can be defined as the embedding of communication and communication technology into a facade, media architecture describes the cultural, social and economic implications of these facades for the immediate environment. A desired side effect of the term Media Architecture is its ambiguity. One can understand it in two different forms:

1. As architecture that has a media function as it communicates with its surroundings and
2. As architecture (in the sense of layout) of a media setup that consists of software, computer and other hardware and a spatial structure (a building) – analogue to how the term ‘software architecture’ is commonly used.

As Media Architecture is a hybrid form combining features of the digital as well as of the physical space, both meanings simply reflect the fact that it is no longer possible – and no longer useful – to determine which of the two sides is ‘more important’. Does the media aspect support the physical appearance of the building or is the building – its shape and its facade – simply a function of its communicative goals? We argue that architecture and display technology must merge into something new that is more than the sum of both parts – as a decisive step as the surface of architecture became permanently changeable and dynamic and a means of communication that goes beyond the symbolic communication which has always been a part of the perception of architecture.”

Having established what media facades are I briefly want to present a few recently completed projects exemplary for all the thousands that exist worlds wide. The Media Architecture Institute has awarded over the last ten years in their Media Architecture Biennale projects that were submitted to the institute in an international call and selected by an international expert panel. Yet all ever-submitted projects are available on: awards.mediaarchitecture.org/mab18/projects/ as a source an data base on media architecture design worldwide.

In the recent 2018 Media Architecture Biennale we awarded not only projects that use LEDs, Projects or there like but also projects such as ‘Smog Free Project’ by Daan Roosegaarde to reduce pollution and provide an inspirational experience of a clean future

‘Muurmelaar’ by Research[x]Design at KU Leuven and DMOA Architects, an interactive media facade that translates the behavior of passers-by into a dynamic soundscape of intriguing sounds and rhythms or ‘Arena by Benoit Maubrey, a mobile interactive sound sculpture conceived in the shape of a small amphitheater, constructed with 320 recycled loudspeakers. While these arguable present directions meeting the theme of the last biennale ‘Digital Infrastructure at the Scale of the Hybrid City’ one can see a trend away from screens only to various scales that media architecture operates in to be connected to support social structures within the territory of a city.

Yet, as the homepage will show, the majority still uses LEDs on large scale as ‘One Shenzhen Bay’ by Kohn Pedersen Fox Associated PC/CCDI GROUP, but also in combination with other forms of 21st century technologies such as robots as seen with ‘Where do we go from here’ an installation by Jason Bruges that encouraged people to explore the city’s night-time streets as dormant robots awakened, responding to the city’s architecture, interacting with one another and with Hull’s residents and visitors.