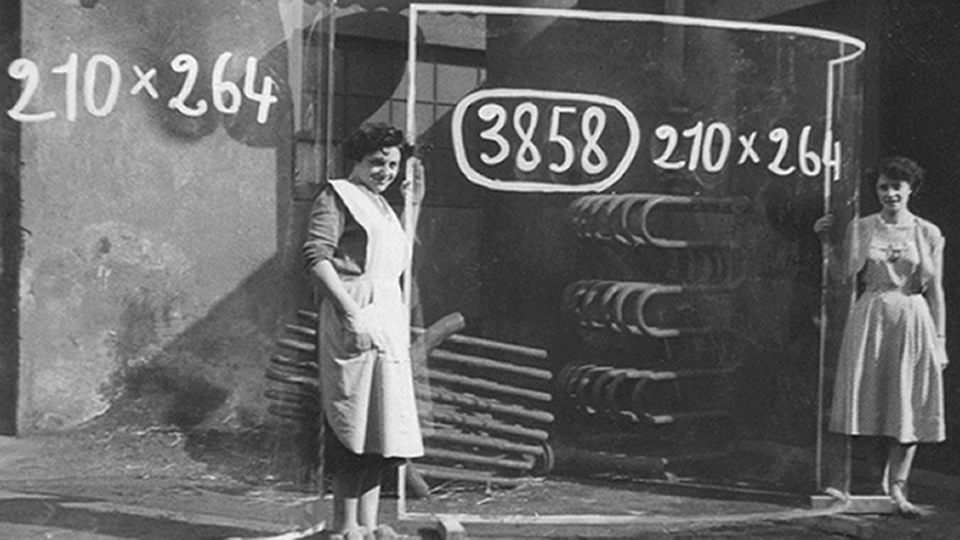 Enlightenment triggers the thirst for knowledge and the aspirations of society (of being human, if you like) to an unprecedented degree and level of boldness. The Industrial Revolution, the direct result of this phenomenon, will forever be associated, after a catastrophic start in terms of workers’ welfare, with a series of changes in society’s standard of living that culminated in all the cultural, economic and political efforts undertaken since then.

On this journey, enterprise plays a key role. An enterprise, in this context, is a company of a certain size that manages a complex product which involves more than one material or more than one technique, or both a material and a technique, and manufactures it, adjusts its price and sells it. A company has a series of noteworthy characteristics above and beyond the entrepreneur who created it, and these are what constitute one of the foundations of our society.

Companies stabilise the role of the pioneer. They focus on a range of products, they perfect them, and they produce a critical mass which allows them to be used. A company, therefore, is stability. A company is a legacy. As such, a company is a producer of culture from its own structure: not culture in terms of direct sponsorship of events or cultural assets, but understood from its daily endeavours, without this necessarily having to imply excessive awareness of the issue.

A company thinks in the long term. And it is here that it retains some of this legacy of pioneer restlessness in the form of flexibility and adaptability. Companies are constantly evolving, proposing, consolidating or adapting to technological changes. This modus operandi is clearly visible in our society. We only have to think of a whole range of products that companies have popularised and marketed worldwide. How labour-intensive it must have been to eat pasta before the emergence, in the 19th century, of the first companies to produce it industrially. Or think of socialising drinks (from coffee through to fizzy drinks), or drugs that have turned deadly diseases into harmless illnesses, and any number of similar examples.

The world of construction has advanced in parallel to this phenomenon, though with some of its own unique characteristics.

The main one is a sort of cultural stumbling block, a certain resistance among those in the profession to look beyond the classic writers (Vitruvius, Palladium, etc.) and their passion for a very limited number of techniques and materials: clay, wood, stone, straw, earth. And little else.

Many architects have a tendency, by education, to use a rather low level of technology, the bare minimum in order to capture the desired programme, but along the way we forget that many of these programmes, and many of the typologies associated with them, are neither intended for nor can be implemented using such low levels of technology. And if no corrective mechanisms are used in this thought process, what you get is not low-tech but a parody of low-tech: one of the most common mistakes in buildings of little interest today.

Perhaps the main finding associated with companies in the construction world has been the emergence and consolidation of products we might call semi-components: products that go beyond a commodity such as a brick or a piece of wood to make a beam. Once again, it is too easy to forget the current level of consolidation of semi-components. It is difficult, for example, to get away from laminated wood when coming up with a wooden structure for a minimally-complex building. And this is no longer a natural product but rather an industrial product resulting from uniting a particular timber industry with a certain adhesive industry and a third technique that harmonises these two components in a product that no longer has any of the characteristics of either of them, but its own unique ones which are standardisable, controllable and eventually approvable.

Thinking about what certain companies have brought to the world of construction in the last two hundred years is a healthy exercise that could lead us to rewrite the history of architecture from the perspective of multiple points of view in which the architect – in other words, the author – is incapable of doing anything on his own without the support of these manufacturers of the products he needs to design his creations.

Gustave Eiffel did not invent construction in iron but he did make it profitable and exportable to many continents; he made it versatile, ready to be used in a wide variety of constructions, and finally, to be appreciated as an expression in itself (by placing a structure of one thousand feet, three hundred metres, the highest structure ever conceived by man at that time, in the centre of Paris; something that for many people was an unthinkable monstrosity at that time). Eiffel was not just an engineer. Above all, he was an entrepreneur, capable of producing what for many people was just a theoretical drawing on paper. Much has been said about his versatility, about the fact that, by training, he was a chemical engineer and not, as we might suppose, a civil engineer or architect. Moreover, the Georges Pompidou Centre could never have been built if Krupp had not executed the pieces that connected the beams to the pillars, which were essential for the stability of the building. Without the prefabricated concrete companies that he relied on, Miguel Fisac could never have turned a roof of precast concrete into a system of natural light.

This legacy continues in the here and now: Cricursa is working in Granollers for a series of architects that includes fourteen Pritzker Prize winners. Cerámica Cumella, Figueras, Cosentino, Malpesa, Hormipresa… the list is so long that it would be impossible to embark on it here without committing the injustice of leaving somebody off it.
The present day opens up an interesting reflection in this respect. Many of these companies do not work with the level of technology plus whatever’s available but with the most apposite technology for each situation or, more interesting still, they use high technology to lower the technological level of the end product. For example: if a certain structural material is conducive in itself, you can save on wiring, or you can thermally insulate it, or it can gradually be made lighter.

What’s interesting about the present situation is also the fact that many users are not seeking out companies as the producers of products or goods but as the producers of the tools that will enable them to produce those products: this is the case of 3D printing and its associated technologies, thanks to which, ultimately, an architect can plan and construct a building from his mobile device without any intermediation, with the addition of the appropriate technologies.

The current situation is one of change. Many now-large companies started out by producing work driven by aesthetics. Aesthetics led to standardised products and hence a product type.

Many apparently crazy or frivolous entrepreneurs are thus coming up with the technologies of tomorrow, whether knowingly or unknowingly, in the same way that Elisha Otis, the inventor of the elevator, sold his wares at the Crystal Palace Exhibition of 1854, in New York: shouting out his sales pitch while standing on a platform that rose and fell. Many people took him for a charlatan.

Without him, the invention of skyscrapers could never have happened.