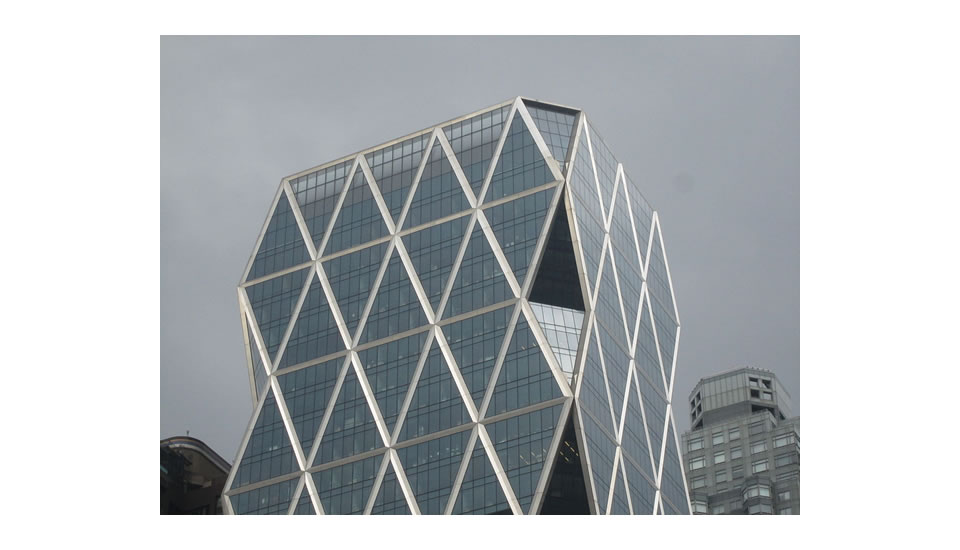 Technology is advancing faster than ideological and cultural conditions, heralding a change in the way we understand architecture. In other words, historically there has been more than one time which all the technological conditions were in place for a movement to emerge that would change the way we understood art, architecture or society, and until the right person, or group of people or schools of thought arrived, none of this could crystallize.

A clear example of this can be seen in the early days of the Modern Movement in architecture around the first decade of the 20th century. The Modern Movement first took advantage of and then developed and normalized a series of technologies which, driven by the philosophical and theoretical corpus of that time, formed a gap in society and changed it. But the technology that this movement used not only was not innovative (and nor was its use) but in some cases was actually decades or even centuries old.

In the Netherlands in the late 17th and early 18th centuries, the amount of glass used in building façades started to incur taxes: if the façade had a great deal of glass, it meant that the owner of the house was rich. The ostentation of wealth took on a form that defined the main squares of many important cities in the country, such as Antwerp and Brussels, where a façade almost without solid parts is a sign of opulence. One might even say that the curtain wall came about for the purpose of celebration. It flattens out a shape and this shape is disconnected from its ability to structure interesting buildings. It is beyond its ability to be abstracted, to be repeated, to be serialized. It is beyond being able to be transformed into a solution that might be useful to architecture. It is turned into a unique moment of celebration that goes beyond what might be a new and unprecedented solution.

What really induced the Modern Movement to change in respect of this underlying technological substrate was the decision of those who created it to completely ignore history. The Modern Movement wanted to start from scratch. To do so, it made existing things look like new. Because in the end its attitude towards history had something of the imposter about it, either because the architects in the Movement borrowed from traditional architecture, or because of the open-minded way in which they used the models and standards proposed by classic architecture.

Yet under this intentional use of history there emerges a real determination to reconsider everything, to start from scratch, which constitutes one of the most interesting novelties in architecture since Classical Greece. Innovations without inventions, unusually enough.

This change was also fuelled by a desire for novelty or, if you like, by a social recognition of the need for novelty.

At present, our contemporaneity is exactly the same. At present (the figure is widely known but it never does any harm to repeat it) more than fifty percent of the world’s population is living in cities. Fossil fuels are running out, and in the process are reconfiguring human geography and world economics. The Earth’s population is now over seven trillion people. Recycling, the reuse of existing structures, of furniture, of books; in fact, of any object; the re-densification of city centres – all of these are issues that need to be addressed urgently from a strictly social survivalist point of view.

In the field of architecture there are intuitions and flashes of true newness in countries such as Chile, Spain, South Korea, Vietnam and primarily Japan. There is also a lot of determination for this to happen. Contemporary architecture is increasingly influenced by processes stemming from BIM, which, when used from the beginning of a project, can ensure that a building structure is 20% lighter compared to a building not conceived in this way (an example being the Hearst Tower in New York, by Foster + Partners), not without this ending up affecting the exterior appearance of the building by impacting directly on its most representative feature of a tower: its corner.

Within the field of research and development advances are being made in nanotechnology (already being used, for example, in state-of-the-art seat fabrics and some self-cleaning wall paints), ultralight carbon materials and structures that build themselves incorporating finishes and installations.

All of this technology is already here. Much of it is commercial and already in full use.

This means that the current architectural movement is like the movement immediately preceding the emergence of the Modern Movement: all the necessary technology is in place, but we’re missing the manifesto.

Either that or the building that symbolizes this way of thinking does not yet exist, or we can’t agree on it. Although there are signs: Toyo Ito and his opera house in Taichung, where rain is brought inside the hall. The Forum building in Barcelona, designed by Herzog & de Meuron, and its empty ground floor open to the weather and the elements, with the natural slope of the land, where it even rains. The House & Garden by Ryue Nishizawa in Tokyo, barely a passageway occupied by small platforms where life is literally organized around the street. The Barberí Space by RCR with its rooms like halls without internal communications, with its paint-free walls, and the exhibition hall like an exterior space.

All these interventions, all these works, are attempts to express a new sensibility towards the individual and the environment. None of them has yet achieved the category of an unarguable manifesto which, back in the day, was achieved by buildings such as Villa Savoye, the Empire State building and the Sydney Opera House.

The need to communicate change is imperative.

We need to discuss whether this absent manifesto is urgent or not. We need to continue moving forward and investigating these conditions. Platforms for exchange such as Construmat, as cross-cutting and interdisciplinary as possible, are one of the answers.

We just need to carry on pushing.