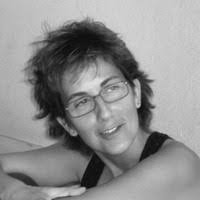 All of us recognise the BB Construmat of twenty years ago from those amazing pictures of Avenida María Cristina full of cranes; the vast area of the exhibition venue, which was later expanded with the Gran Via halls, and the huge numbers of visitors. Behind all this spectacle, however, was actually a very conservative sector whose professional values were very much focused on economic aspects and at a personal level were backward in the broadest sense of the word. This show was the reflection of the construction boom the country was experiencing back then, based on the same values that put a premium on quantity – the number of square metres constructed – as opposed to quality.

It is true that BB Construmat was very badly affected by the crisis, but we should not forget that the show was already in decline in the early years of the last decade. Discussions had already arisen over the most fundamental question: what should a 21st century trade show be like? From these concerns a series of very specific proposals emerged that were absorbed into the show’s agenda, but with a much more critical content, open to debate on current issues and with a determination to incentivise innovation, a case in point being Casa Barcelona.
The breath of fresh air that these proposals brought was not enough to avoid collapse. The crisis served to shorten the death throes, allowing the show to bottom out rapidly and prepare the ground for new proposals. This year’s edition has outlined the seed of the show of the 21st century. In this respect, I think it would be absurd to judge its success based purely on figures, as I believe the most interesting thing is the model it sets out. It will grow with time; the most important thing is that it does so from solid foundations.

BB Construmat is committed to being a show that transcends construction. Construction is the tool of Architecture, of Urban Planning. With this tool we build an environment that houses us, shelters us and facilitates our development as individuals and as a society. BB Construmat showcases a type of construction that puts the subject ahead of the object as its final goal, something that might seem obvious but was sadly lacking in that show of the late 20th century. BB Construmat seeks to foster innovation and design, with a strong commitment to energy efficiency and the sustainable management of our resources.

The foundations of the new show are laid and BB Construmat is lucky enough to have a young team with fresh ideas and the enthusiasm to put them into practice. Yet the final success does not depend so much on them as on the management bodies and the agreements they are able to reach with companies – both economic and operational agreements.

In the last few editions of the show, the ones that coincided with the toughest years of the crisis, some companies wanted to divorce themselves from an ailing show by organising side events in different venues in the city. The coincidence of dates allowed them to take advantage of the pulling power that the show still enjoyed, while the delocalisation gave them freedom of format while at the same time releasing them from the obligation of contracting services through the trade show organisation. Companies such as Roca, Trespa, Schucco, Reynaers, Porcelanosa and others are no longer within the trade show venue but still participate in BB Construmat with a more exclusive offering aimed primarily at their clients.

This situation is by no means fleeting. None of these companies will relinquish a proposition that differentiates them and permits them a warm and cordial atmosphere in which to liaise with their clients in a very personal way. The objective of these events is very far removed from the traditional trade fair concept. There is no presentation of the product catalogue or display of sample books. It is about sharing and comparing experiences while revealing the latest developments and planning new challenges.

Construmat needs to accept this dispersal of the show, making a virtue of necessity and working on its formula in such a way that we can not only coexist but also grow together. We should not forget that these events orbit around the show and quite possibly their success would not be quite so great if the show did not exist. The model is there: the Venice Biennale, with a very strong hub of activity in the Arsenal, is now scattered throughout Venice with exhibitions in different venues, even in private homes. What is offered in these unique spaces is different from the exhibition in the Arsenal, yet it all comes together as one.

BB Construmat should be the focal point for events, a forum of debate on current issues where, as I said before, construction is a tool, a medium, for achieving a more far-reaching goal that involves a whole range of very diverse players. The exclusive thing about BB Construmat is its cross-cutting capacity, embracing different companies and industries. It has enormous potential. BB Construmat needs to be the coordinator of a city-wide event.

Cristina Pardal. Architect and doctor from the Polytechnic University of Catalonia (ETSAB – UPC).