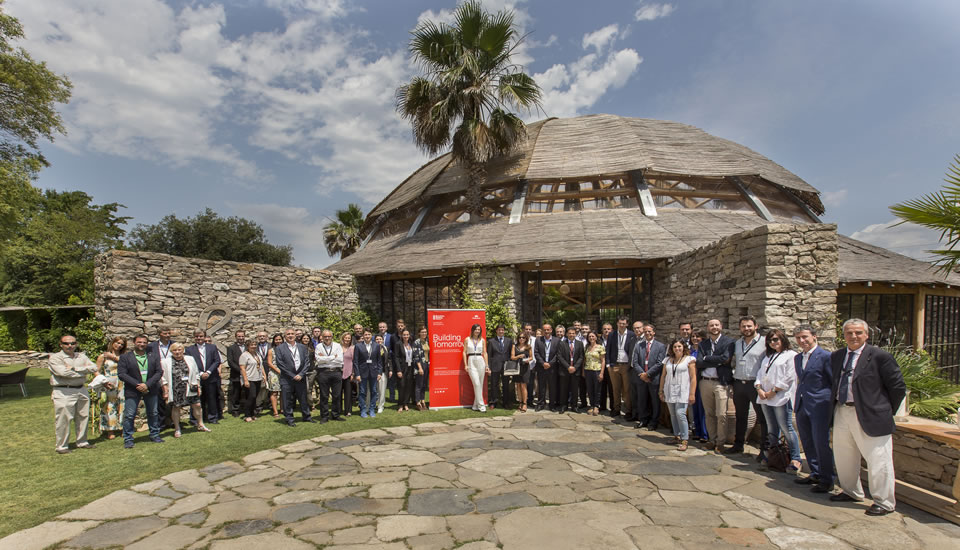 e are just emerging from a crisis that not only affected our own region but was eminently global in scale, and this has only been perceptible since the internet has enabled us to appreciate the true scale of the Earth for the first time. The world is undergoing a transformation, stemming from a process of urbanisation that will end up with almost 70% of its population living in cities within the next 15 years. Cities are immense organisms immersed in their own process of transformation which makes them more sustainable, more socially fair, and more economically powerful. And it is this panorama that the construction sector can take advantage of as an opportunity to emerge from its own crisis, which was not only economic but also defined by a series of intrinsic, systemic factors that have forced it to completely rethink its approach. This is the scenario that could lead the sector to become a key tool in social transformation, improving buildings, public spaces and facilities… building a physical environment for this new way of life.

The construction sector is currently fragmented into subsectors. The different agents that comprise it have not collaborated too much in the past, which has made it difficult to transfer knowledge and to provide projects with long-term continuity. This fact, like a chain reaction, has caused talent to trickle away towards other sectors or even abroad, turning this brain drain into one of the most worrying factors. All of this – sector fragmentation, lack of collaboration, insufficient knowledge transfer and the brain drain – are the four main problems that we need to address.

The Catalan gastronomic sector had a similar problem not too long ago: it was somewhat removed from the prestigious reputation of other cuisines such as French and Italian, which boasted their own national identity, were brilliantly exported, acclaimed and known around the whole world to the point of being considered as synonymous with great cuisine. These cuisines have been given an almost mystical aura that has made them the number one choice for any kind of celebration, from a romantic dinner to a business lunch. In this context, Catalan cuisine was reduced to an almost folkloric status as a staple of informal family occasions or everyday fixed-price menus. This was until a group of chefs, aware of its rich heritage, top-class produce and the endless fount of wisdom in their recipe books, decided to give it the prestige it deserves. They made a tremendous effort to bring Catalan cuisine up-to-date, innovating and bringing to the table all those concepts that are currently so much in fashion, such as sustainability and local produce. They also embarked on a tremendous communication campaign to the extent that today Catalan cuisine is among the highest ranked by Michelin guides, on a par with the other great cuisines of the world.

One of the restaurants that is honoured year on year with the accolade of best restaurant in the world is El Celler de Can Roca, now a successful business centre that also includes venues such as the Mas Marroch Space, which is where the two seminars to present BB Construmat were held between 28 and 30 June. These were not planned as a standard business meeting but as something much more informal and disruptive. The location was not a random choice either: the Roca brothers, the brains behind the restaurant’s huge success, introduced the meeting by talking about their experience in elevating their sector with a change that could easily be mirrored by the construction sector in its emergence from the crisis. The meeting brought together over one hundred leading companies in the sector, who had the opportunity to hear the presentation by the event’s director, Ione Ruete, in a relaxed atmosphere that encouraged attentive listening and an open exchange of opinions. BB Construmat will be kicking off with the same optimism that infused this recent get-together at Mas Marroch.