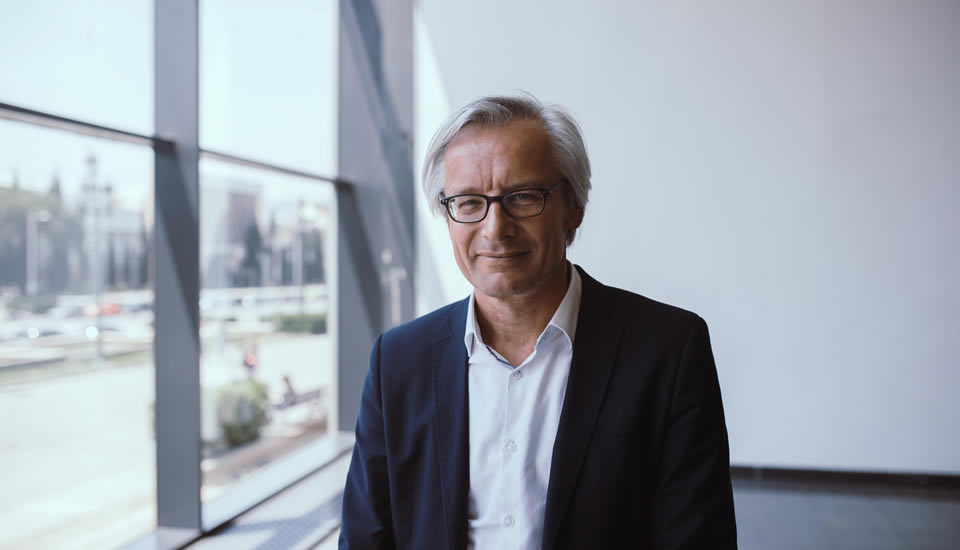 The economic power of cities and urban areas is more and more growing over the countries to which they belong. Is it a global phenomenon without differences among all continents?

I can give you some points for the question. It’s really a question of the context, where the city is, which are the conditions, what the personality of the city is like, the surroundings. There’s another tradition line like the model of the European city. If you are looking to Asia or the US, where in Asia it’s more ‘Ok, what can we do to keep the system running’ or like you’re looking to China, where they are using it to control the people, social scoring and some aspects it is more political point of view. At the US it’s, all is business model and the private can do everything better, and the public, if you go to Google city it’s a question of algorithm, algorithm is better than policy or rather politicians, and I think that’s an important context for the situation at the moment in the city because we have a lot of ways to act and react and there’s nothing where you can say tailormade, you need it kind of one size fits all.

It seems developing a “new” or “growing” city is easier than maintaining and redeveloping an “old” one, already experimenting a “urban decay”. Is it true?

I think so, if you’re looking to Asia they build their new cities for 1, 2, 3 million people and I will say to build a new city is the easiest you can do because that can do every architecture or urban planout to make a masterplan and to get it in reality. If you have an old built city you have the problems, it’s a kind of change management, you have to bring it softly to the people who work in the concrete life, there is always someone coming with something new and wanting to change the running system and that’s really a question of how to deal with the view of the people and the inhabitants.

And you also have to, that’s another point, to put a view on the point of CO2 reduction if you’re using existing structures and buildings there’s a lot of grey energy in it and it wouldn’t work to throw it all away and build everything new, that can’t work and this point of view it’s very important to go this way.

Which are the new phenomena that influence city planning today?

At first I will say there’s the smart city aspect, the digitisation, it will not come up, it is in the city, everyone is using their smartphones, a lot of cities are building new infrastructures like public WIFI and also in the back is a new system, intelligent lampposts, new technical backbones where you can get data or give new services to the people, that’s just one point. Then if you are looking more differently to the city, you have the situation a lot of cities are growing, especially in Germany, there’s I would say all the big cities are growing and a big number of small cities, cities with universities, are growing, and that’s all the point for the city because a lot of cities like Munich they have not enough space to bring it all to the city and there’s a new pressure to work on it and do it on a new way it’s sometimes like a big incubator for the cities, the big cities will test new things or have to test new things, and demographic changes sometimes and integration of all the people coming new to Europe and all the cities, the other bigger cities, meanwhile, especially in Germany have more people coming from the international background than from the German background, growing is more internationally.

Focusing on details, such as materials, does improve the quality of the cities?

Important points getting up over the last 4 or 5 years, especially in Germany, again we have a foundation for building culture, a national foundation, to look at these points, how can we make or safe the quality of building, and the quality of the buildings and that is new, especially for the large number of buildings which has now been built because of the rising of the inhabitants and number of inhabitants, and that’s something, that’s one point, then the other is you also have to look for the aspects of sustainability and to look what materials we use for build or renewable buildings and there’s an impulse from the EU, the guideline for materials, where you have to, I think in the next years you have to, if you’re building new, you have to not bring in the permissions and the plans, you also have to give information what materials are built in this building, how to deal with them if the building is demolished, it’s a little bit more in the direction of sustainability and CO2 reduction and so on.

Maintaining a coherence of vision in urban planning, from city scale to small materials scale, is a clear challenge.

I think all the bigger cities have to deal with these challenges and especially in Germany, Munich is always the city with the highest transformation pressure, the most problems are with the public transport and I think we are doing a good way for creating pilot projects and incubators and testing it in the small scale, and looking like, it’s like the policy of the EU with the lighthouse projects, horizon 2020, to have a laboratories situation and see how it works or does it work and or is it bad, we cannot replicate or scale up and so on. I think that’s a good model for new technique and new circumstances tested on a small scale and looking what can be scaled up and what are the points we can bring in the mainstream and then rule out.

What elements do we need to start the urban planning renovation process in the best way? And which is the most common error?

You cannot throw away all the systems and all the personality of the city, in the economy and the level of the companies, it works nearly the same they all have a personality and a structure of technique or workflow and they all have a kind of low speed and a kind of soft changes because you cannot change it everything at all, if you’re talking about change management we have to accept that 80 percent of these projects didn’t work and only 20 percent are working and that’s the point, to find these 20 percent or have the position, it’s not a problem if it doesn’t work, the database saying 80 percent go wrong and ok…life is life.