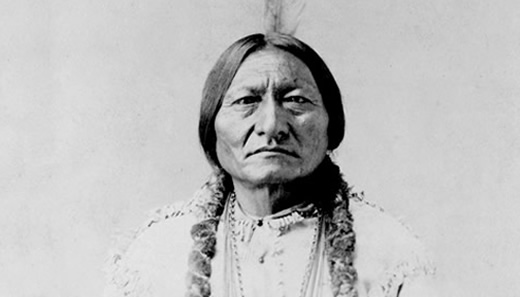 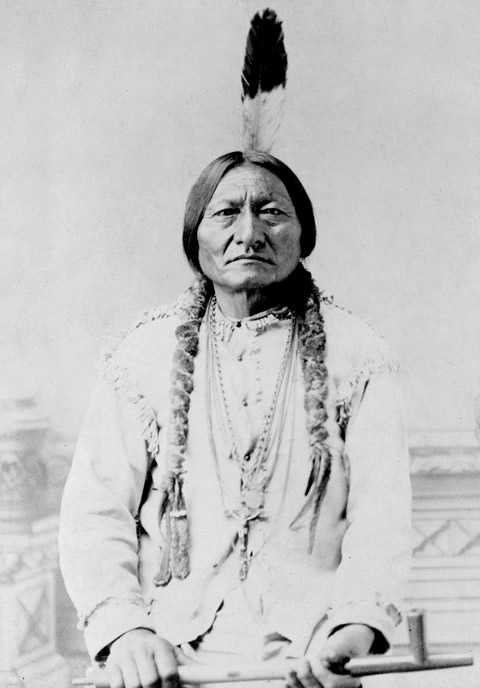 (…) We know that the white man does not understand our ways. One portion of land is the same to him as the next, for he is a stranger who comes in the night and takes from the land whatever he needs. The earth is not his brother but his enemy, and when he has conquered it, he moves on. He leaves his father’s graves, and he does not care. He kidnaps the earth from his children, and he does not care. His father’s grave and his children’s birthright are forgotten. He treats his mother, the earth, and his brother, the sky, as things to be bought, plundered and sold like sheep or bright beads. His insatiable appetite will devour the earth and leave behind only a desert.
(…) This we know: the earth does not belong to man – man belongs to the earth. Man did not weave the web of life: he is merely a strand in it. Whatever he does to the web, he does to himself. Whatever befalls the earth will befall the sons of the earth. This we know. All things are connected like the blood which unites one family.

Even the white man, whose God walks and talks with him as friend to friend, cannot be exempt from the common destiny. We may be brothers after all. We shall see. One thing we know, which the white man may one day discover: our God is the same God. You may think now that you own him as you wish to own our land, but you cannot. He is the God of man and his compassion is equal for the red man and the white. The earth is precious to him, and to harm the earth is to heap contempt on its creator. The whites too shall pass, perhaps sooner than all other tribes. Contaminate your bed and you will one night suffocate in your own waste. But in your perishing you will shine brightly, fired by the strength of the God who brought you to this land and for some special purpose gave you dominion over this land and over the red man. That destiny is a mystery to us, for we do not understand when the buffalo are all slaughtered, the wild horses are tamed, the secret corners of the forest heavy with the scent of many men and the view of the ripe hills blotted by talking wires.

The end of living and the beginning of survival.

Excerpts from the letter from Chief Seattle to Franklin Pierce, fourteenth President of the United States, in 1855.

It is almost impossible to read this letter and not be outraged with the US government which, simply by the fact that it is the institution against which this speech was made, stands as the custodian of all the evils that have led humans to move away from the fundamental value of contact with nature and engagement with the environment. Perhaps we will be less outraged if we give some thought to these reflections and analyse their inevitable consequences. The first thought arises if we ask ourselves how many people a land that is understood, maintained and inhabited according to Chief Seattle’s rules would feed. Because the answer to this question would be that the city of Barcelona (understood as the region between Collserola, the sea and the rivers of Llobregat and Besòs) could only feed four people. Not four families; four people (1).

The current situation of Planet Earth(2) is that more than 50% of its population lives in cities. In the coming decades this percentage will rise to 75%. If we consider that today’s humans are no different, genetically speaking, from Native Americans or cavemen, and that even the size of our head has become smaller compared to Neanderthal Man, we realise how completely disconnected we have become from the environment in which we currently live. The road that goes from these four people who could feed themselves from the plains of Barcelona to the two and even three million people who currently live here has been achieved exclusively through technology. Technology is our haven. We have also discovered, to our cost, that inappropriate or overuse of this technology can destroy us.

It is a common belief that the use of technology in present-day construction can be kept at a low level. But if we give this the minimal amount of thought we can see that this is not the case. For example: the current use of a material such as cooked clay (ceramics), subject to the regulations that standardise it, which assume the uniform behaviour attributed to a product that leaves the factory with a standard, controllable quality, calls for the intensive use of technology. If we move on from components to semi-components (from a piece of joinery to a switch, passing through a panel of prefabricated concrete) or components (a hot-water boiler, a kitchen), the current level of demand will take us to artefacts that can be even more sophisticated than a standard desktop computer. Indeed, they often incorporate one.

But let’s get back to basics: todays’ urbanite lives in a space that is usually isolated from the earth, delimited by a parameter as abstract as the economic value of the land. This parameter, combined with the urban planning constraints of its position, can result in a space that is orientated only to the west, being ventilated by just one façade, for example.

In this situation, technology is perhaps the only parameter that the architect (and subsequently the occupant) can rely on to make the space liveable and turn it into a home. Generally speaking, architects try to configure their houses with what they believe is a low level of technology. However, the very nature of contemporary construction makes this impossible. A window entails technology. Passive features such as a porch or a patio entail technology. Even the proportions of these elements (the DNA of architectural language) are related to technology. Technology – whether high-tech and sophisticated or so old and time-honoured that we have forgotten it is actually technology – is inherent in the building world. At every point in history, the highest consolidated level of technology available has been used by builders and architects. Technology, in our urban framework that is so removed from the natural environment, allows us to address the cultural parameters of housing, configuring its space and uses, facilitating relationships, and even creating a suitable environment for its inhabitant. Our Mediterranean climate allows us to live for a large part of the year in the open, in untreated outdoor space. When this space is concentrated and interiorised, the conditions described earlier become uninhabitable if certain actions are not taken: the natural environment is canned, confined, and no longer welcoming. This is where technology plays an important role, because this is the medium with which we can return these inhospitable spaces to the sensorial conditions in which our bodies feel comfortable. They let us condition the air (which does not necessarily imply cooling or heating by mechanical means), retain or dissipate heat, and cause or prevent thermal inertia. They can even produce energy and food and populate our artificial medium with greenery. This technology has no scales: it is found in the building’s foundations and in small handheld devices. The boundary between domestic appliances and the property itself is increasingly blurred.

We also need to consider that not everyone has access to a brand new building designed with energy-efficient criteria, and that even fewer people have access to a space designed specifically for their needs. Consequently, technology is a good intermediary for turning a given space with unlikely living conditions, a space devised exclusively to optimize the return on the land, into a home.

If we go back to our purer selves, the Native Americans referred to in the speech by Chief Seattle, we realise that even they, with their almost total level of communion with the environment, had already formed a technological society. Their homes or tepees (which boasted a high level of sophistication) point to this fact. So do the measures they used to control fire and preserve food and, above all, the weapons they used to hunt or defend themselves, without which they faced certain death.

Even at this level of total communion with the environment, human beings depend on technology. This knowledge, and its transposition to our contemporary circumstances, can only be processed, embraced and used properly if, rather than taking an anthropocentric, short-sighted view of nature, we adopt a balanced relationship with this new medium capable of supporting and nurturing the existence of several thousand million people.

(1) This observation came from an IDOM engineer whose name, unfortunately, I have forgotten, given at a conference at Casa de la Carita I believe. The full letter is published here: http://kayacoa1511.blogspot.com.es/2014/12/carta-del-gran-jefe-kacikepiel-roja.html
(2) If I’m not mistaken, this is also the case in Spain. Most definitely in Catalonia.