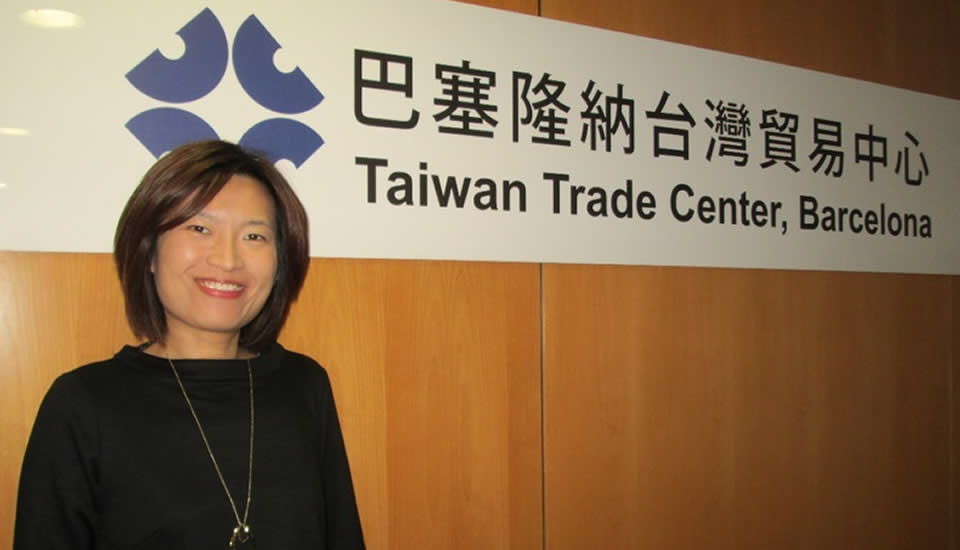 Can you explain to us the economic reality in Taiwan?

Jenny Tsai.- Taiwan’s industrial clusters are mainly comprised of small and medium-sized enterprises (SMEs). According to the review of WEF (World Economic Forum), Taiwan placed 14th out of 148 countries between 2016 and 2017 in terms of its competitiveness for growtho.

In the commercial relations between Taiwan and Spain, what effects are there on Taiwan considering that Spain does not recognize Taiwan as an independent state?

What is the purpose of your presence in Barcelona Building Construmat?

J.T.- The trade fair is a well-renowned event in Spain, and is the ideal platform for companies from Taiwan and Spain to do business and boost trade relations.

Do you believe that the Spanish construction sector has real possibilities of collaborating on initiatives planned in Taiwán?

J.T.- The answer is positive, and if the Spanish construction sector is interested in collaborating on Taiwan’s planned initiatives, they can check the below website to get more info: http://gpa.taiwantrade.com.tw

What do you expect from your participation in the next edition of BBConstrumat?

J.T.-We hope that if we participate next year in BBConstrumat, we can enlarge the scale of the Taiwan Pavilion, and bring more Taiwanese enterprises to join this great expo. We also hope that our exhibitors can find local agents, and create more business opportunities.