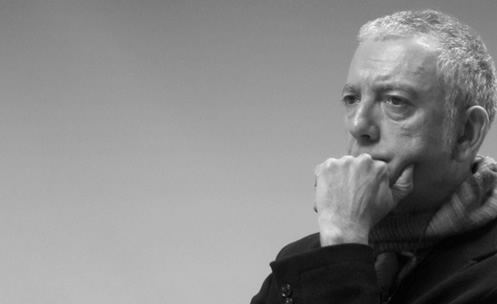 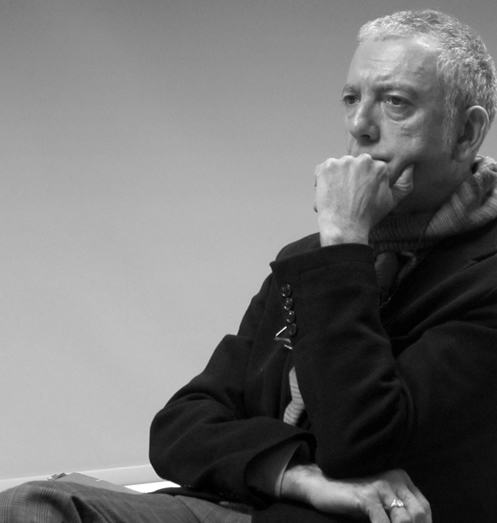 José Ignacio Linazasoro (San Sebastian, 1947) is one of Spain’s most prolific, consistent and acclaimed architects working today, both nationally and internationally. His projects cover all types of work, but his specialist area is the regeneration and recovery of urban spaces and buildings. Since 2011 he has worked with Ricardo Sánchez in the practice Linazasoro&Sanchez Arquitectura, based in Madrid. In this interview he reflects on the role of architecture in urban development and talks about renovation, or “constructing on the constructed”, as he prefers to call it.

Renovation seems to be taking on a much more significant role in the recovery of the construction industry. Do you see this as a genuine paradigm shift?
I’m not sure, but I think it would be logical given what was built prior to the crisis and the deterioration of many buildings dating from the 1950s up to the 1970s.

Some of your bigger projects affect how urban and, in many cases, public space is filled. What are the main criteria governing your interventions in this field?
The most important criterion is to build timeless spaces that can be adapted to different uses compatible with their location and size. Plaza Azkoitia, for example, is a place where a variety of events is held, such as the Bonfire of San Juan, while Plaza de Reims, in front of the cathedral, has become a space frequented by locals and tourists as well as for holding events. Plaza de los Amantes, or Lovers Square, in Teruel is a much smaller space which acts as a gathering point before a visit to the Mausoleum of the Lovers and is a haven of calm compared to the liveliness of neighbouring Plaza del Torico. Whatever the case, I believe these spaces should have a timeless quality, just like the best squares and public spaces across the centuries, and their design should not be influenced by the increasingly ephemeral fashions in architecture.

What is your assessment of how our cities are evolving? Do you think that the growth and organisation of our major cities is progressing along the right lines?
I think the urban development carried out in Spain in recent times is generally very poor in terms of quality. Urban planning, in the sense of a large-scale architectural project, has almost completely disappeared and in its place neighbourhoods have been generated like those in Madrid which are criss-crossed by major highways and lack public spaces and a sense of scale. On the other hand, there are aberrations that have had a significant effect on regional landscapes, particularly in the Mediterranean basin but also in other places.

Given the volume of projects you have executed throughout your professional career, very varied in nature but always with an urban and public element to them, do you feel that the social role of architects’ work is recognised?
I think social esteem for architects is in increasing decline and that many people see them as unnecessary figures. To no small extent, architects themselves have contributed to this viewpoint, some for having taken part in the frenzy of speculation during the ‘building boom’, providing a very low quality product, and others for having forgotten the true and always necessary role of the architect, which should never be confused with being a graphic designer or event manager without substance. On the other hand, there is a growing demagoguery when it comes to the participation of the general public in architectural decisions. Participation is desirable, but it must be regulated and not interfere with the discipline itself, which is the architect’s responsibility. Opinions should always be respected but, as Siza once said, not all of them have the same value.

Nevertheless, I must admit that some of my buildings and public spaces, once constructed, have been well received by the public, such as the UNED Central Library, the Pías schools in Lavapiés and the Plaza de Reims, which gives me great satisfaction, as I believe that architecture should be at the service of the people and contribute towards constructing a city. In the case of the Pías schools and Plaza de Reims, the result was very satisfactory indeed, especially in the latter sense.

Has this image been badly damaged by the architectural macro-projects that were being built in some of our cities up to a few years ago?
I think that ‘archistar’ architecture does not always achieve its objective and I believe that a good deal of the responsibility lies with the many wasteful and ignorant politicians who awarded these types of commissions. I believe that is has provoked major confusion between the genuine purpose of architecture, to serve society, and these types of ‘auteur projects’ which, in reality, do not really qualify as such as many of them are executed by collaborators and fail to solve genuine problems.

A good number of your projects are a result of submitting bids for tenders, on several occasions international ones. What elements or best practices in the procurement processes convened in other countries should we incorporate into our processes in Spain?
In reality, the world of procurement processes varies greatly in every country. In France, for example, most are by invitation further to a prior selection process, which has its advantages but also some disadvantages, as it limits access to people who have not previously constructed the same kind of building. Open tenders don’t have this kind of problem, but the number of people putting themselves forward is usually very large, making them difficult to judge. I believe that the most important element of a tender is the jury, as the final result depends on them. Sometimes jury members are chosen for their prestigious reputation, but this also implies that their judgement is coloured by their personal preferences, looking to find projects that are the most similar to their own work rather than those with the best quality. But I think it is very difficult to be a jury member for a tender, in the same way that it is difficult to be a good teacher on a planning course and not be swayed by personal preferences.

How is a practice’s work affected by the effort involved in preparing a project for a tender, especially when the objective is not achieved?
It has an effect to the extent that we don’t get paid for tenders, but other than that, taking part in tenders is a good experience as it entails an effort of conceptualisation. Many of the great historical projects have not got further than the tender stage and yet still have great value.

Restoration/renovation versus new-build. Are these concepts based on opposing premises from the planning point of view?
I think it’s a very academic distinction in a negative sense, in that I consider a renovation project to be essentially the same as a new build. What is true is that renovation or, as I prefer to call it, constructing on the constructed, which is a more accurate description of some of the projects I have undertaken, requires a more refined sensitivity to achieve unity between the pre-existing and the new. Nevertheless, this is something that architecture is always faced with, as there always has to be a context, whether it happens to be called a building, a city or a landscape.

Renovation opens up new lines of debate on what needs to be preserved or not. Where do you stand on this debate?
It is a very important issue and concerns the growing relativity of the criteria used to evaluate architecture along with the weight of other disciplines associated with these kinds of projects, such as archaeology. This latter discipline makes judgements based on supposedly scientific criteria which sometimes contradict the criteria of architectural quality and this can produce monstrosities. Fortunately, here in Spain we have not yet reached this extreme and there is a considerable degree of freedom for intervening in heritage buildings. But this also carries its own risks, as some of these interventions are especially unfortunate, being the result of a whim or a lack of sensitivity, provoking a social backlash which has an effect on the role of architects and the growing role of archaeologists, amongst others.

What stage has the project to reform Madrid’s Puerta del Sol reached?
The project is on hold right now, even though it is a key issue for the image of Madrid and a very simple project that could significantly improve the quality of this iconic space.

Which restoration or renovation projects have given you the most satisfaction and why?
I have completed some major projects in this category and all of them have had some degree of impact, such as the reconstruction of the church of Santa Cruz de Medina in Rioseco, the convent of Santa Teresa in San Sebastian and the Pías schools of San Fernando. Of all of them, I think that the Pías schools is the most important and the one in which I was most able to express my attitudes about and approach to architecture, but it is also true that the little church of Valdemaqueda was one of my most intensive projects.

How would you define the architectural ideology that informs the projects of Linazasoro&Sanchez Arquitectura?
It’s difficult to put that answer into just a few words. That is the reason I have written some books, the most recent and clearest being La Memoria del Orden, but if I had to do it I would say that our practice is convinced that architecture is a discipline that has been defined over the course of time and that does not need reinventing every day or, as Mies Van der Rohe used to say, every Monday morning, which does not mean to say that it should not move the times in which we live, but should do so without losing its identity.

What projects is the practice currently working on?
We are currently working on the second phase of the Campus of Segovia which we anticipate starting very soon, a project to reconstruct a castle and on a number of foreign tenders because everything in Spain is pretty much stalled.