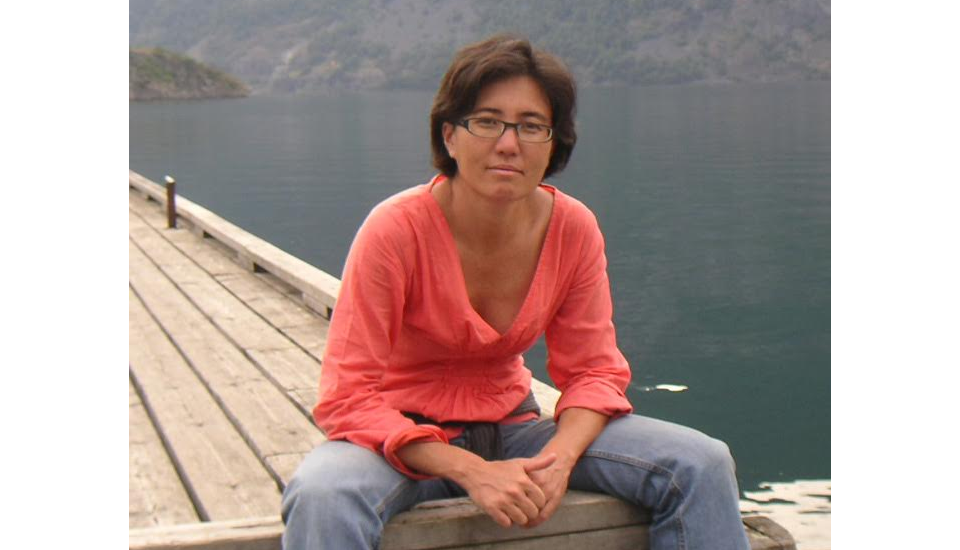 Having trained as an agricultural engineer, she created her first company in 2004: ZICLA, specialising in recycled products and innovative waste management solutions. In 2014 she was one of the co-founders of SÍMBIOSY, where she is directly responsible for industrial symbiosis projects both nationally and internationally. She is convinced that construction is one of the sectors with the most opportunities for change, but underlines that at the same time it is one of the industries that is most resistant to change.

She is also Chair of the Energy and Waste Committee of the Association of Agricultural Engineers of Catalonia and president of the Rural Smart Grids International Congress. She was the founder and is a member of the board of directors of the business association Eco-Emprenedors, which promotes the implementation of the circular economy.

Does the definition of the circular economy as a new approach to classic concepts of waste recycling and reuse fall short? And if so, why?

Veronica Kuchinow – Recycling is to the circular economy what the front rear-view mirror is to a car. It’s important that it is there, and essential if you want to overtake, but it’s not the most fundamental thing.

The circular economy is, above all, an economic strategy that needs to allow 21st century human society to survive on Planet Earth while maintaining our current standard of living. Our existing economic system is not designed for thinking about recycling and maintaining the value of products and materials throughout their lifecycle; instead, it’s a system designed to maximise production and consumption. The worst thing is that this system only makes sense in a world with limitless resources, and we are living on Planet Earth with the resources that we have here and now… and the consequences of their abuse are extremely serious (climate change, pollution of the water, soil and air, and so on).

The fortunate thing is that we have enough knowledge and technology to not only minimise the impacts of our activities but also to generate positive impacts, regenerative ones. So let’s make this economic model recognise and valorise these impacts so they can be made viable in the marketplace. In short, let’s make the change towards a circular economy.

Construction is one of the human activities that generates the most waste and uses the most energy. How are the concepts of the circular economy being introduced into this highly strategic sector?

There are, however, companies that are already working on the process of instilling change: modular construction, industrialised construction, the use of sustainable materials, certificates such as Cradle2Cradlethe business models that consider buildings as material banks… There are construction groups (architects, consultants, constructors, industrialists, recyclers) who are already working on circular construction projects; some of them are already built, such as Park 2020 in Amsterdam, developed by Delta Development VolkerWessels, Reggeborgh and William McDonough, and built using the principles of Cradle2Cradle. There are not many examples, but they are all very interesting.

The renovation of our stock of housing, offices and other buildings is one of the arguments for the future of the construction industry. Can this be classified as a circular economy activity, or would it need to meet other requirements?

V.K.- Building renovation per se is already much closer to the concept of a circular economy than demolition, that much is clear. However, it also has to be ‘sustainable’ and ‘circular’, of course. It’s like recycled products: just because it happens to be recycled doesn’t mean the product is environmentally better than another one that isn’t! Some recycled products are environmental ‘terrorists’, and the same is true of building renovation.

We read in an article on the cycles of the circular economy that one of its characteristics is that it promotes the efficiency of the system by revealing and eliminating negative externalities. How could this principle translate in practice in the construction industry?

V.K.- One of the clearest examples in this case would be having a bank of construction materials that are free from toxins (resins, adhesives, paints, etc.). Why do we introduce toxic materials to our system? Why is this the cheapest way of getting certain properties? Do the manufacturers who use them have any idea of what happens to these toxins once they become waste? And I’m not even going to go into what they represent to human health during their use, which is a whole other issue. Obviously the answer is no, nor do they pay what it really costs to get rid of the impact of these materials, which makes them impossible to recycle, contaminating natural resources… There are alternatives to these materials; for example, all the materials with C2C certification. Let’s choose them! Let’s make them change the rules of the market in order to promote them. Let’s include this environmental cost in their price, which is currently ‘invisible’ in monetary terms.

Let’s talk a little about the possible barriers to driving the circular economy in Spain: political, legislative, cultural, social… which are the most important ones?

V.K.- The biggest challenge to the circular economy is cultural. For many generations we have been taught to work and consume in what is known as the linear system of produce-use-throw away. This process can’t be changed from one day to the next; there needs to be a transition process.

Could the key to promoting the circular economy in Spain lie in legislative initiatives such as variable taxes on waste management such as ‘pay for what you dump’ or reduced VAT on recycled products?

V.K.- All these kinds of initiatives help, that much is clear. They contribute to highlighting the importance of this issue and making the cultural transition that I mentioned earlier. It’s like when we managed to get motorcyclists to wear helmets by imposing fines. Today, we don’t even need to – just seeing someone getting on a motorcycle without any kind of head protection, we think ‘They’re going to kill themselves!’ We’ve educated ourselves in this respect. Now we need to do the same with our resources.

Some major corporations (Philips, Unilever, Renault) are already implementing circular economy practices and the value/pull of their example could be more than interesting. When can we expect to see similar initiatives in Spain? Is it still a long way off?

V.K.- There are already companies here that have started the process! It may be that they are smaller and they don’t appear so much in the media or have major strategies in place, but they are a benchmark. We need a lot more to get involved so these companies don’t feel they are like salmon battling upstream; but what is clear is that they have circular business models in place.

As in some other cases, is civil society ahead of governments and public policies when it comes to adopting and developing a circular economy?

V.K.- As far as it can be. But it’s essential that this journey is a joint venture between companies, the public administration and society (consumers). This is a change that affects all three levels: the private sector is the locomotive, but the Administration needs to smooth out the road and build the tracks for it to move along, and the general public needs to get on board this train and no other to make the journey profitable.

Can you highlight any examples of businesses at a national or international level that exemplify the future potential of the circular economy?

V.K.- I’d like to highlight the cases of industrial symbiosis as a tool for applying the concepts of the circular economy in the productive sector. In Catalonia there are already examples underway, some of which have been operating for more than two years, such as Sinergias Bufalvent, the service for identifying and implementing synergies of the Bufalvent business association in Manresa, which stimulates collaboration between companies to take advantage of underused or wasted resources (waste, heat, space, transport, knowledge, water, etc.). This project is a continuation of the industrial symbiosis pilot scheme in Catalonia promoted by the Catalan Waste Agency and Manresa City Council with the Bages Waste Treatment Consortium.

Other pioneering projects include those promoted by the city councils of Sabadell, Barberà del Vallès and Sant Quirze del Vallès, which for the first time have joined forces to offer a resource optimisation service in an industrial corridor that is home to more than 2,000 companies. Gavà, Viladecans, Granollers and the Zona Franca Consortium are other examples of projects that have implemented the circular economy through their industrial firms.

Do professional collectives such as architects, designers and engineers need to play a leading role in circular economy processes?

V.K.- They are absolutely essential! The concept, the instruments for applying it, their business models… all of them must be implemented by this entire collective, who have the training and awareness to be able to tackle these projects at every phase and in every subsector. Training, once again, is absolutely essential. We always end up coming back to the same point.